Professor Laroche got his PhD in chemistry at Université Laval in 1990. He was then recruited by the Defence Research Establishment in Valcartier as a postdoctoral scientist, where he worked on the infrared emission spectroscopy of hot sources. In 1992, he joined the research centre of Hôpital St-François d’Assise. Between 1994 and 2002, he was FRQS Research Scholar and Assistant/Associate Professor at the Faculty of medicine at Université Laval. Since 2002, he holds a Professor position in the department of materials engineering at Université Laval. He was the Head of his university department between 2005 and 2009, concomitant with being director of the Cardiovascular and Kidney Health Division at Centre de Recherche du CHU de Québec. He also was the director of the Centre de Recherche sur les Matériaux Avancés between 2011 and 2017 and led a pan Canadian CREATE program on regenerative medicine during the same period. Laroche’s research interests mainly focus on the development of surface engineering strategies to improve the biocompatibility of synthetic materials. Over the years, Professor Laroche built up a solid international reputation in the field of surface engineering for biomedical applications. He co-authored more than 130 peer-reviewed scientific publications, more than 200 lectures in national and international conferences, and 6 patents. He has been nominated as Fellow of Biomaterials Science and Engineering for lifetime career achievements.

Simon Kelley works as mechanical technician. He has done his studies in Sherbrooke in mechanical engineering, graduated in 2001. Simon has several major achievements to its credit such as the establishment of a preventive maintenance program, personnel management, wheelchairs and other design. He created his company, Plastic Atout, which specialized in manufacturing 100% strollers Quebec for child care. Since 2009, Simon works for the research center of the University of Sherbrooke. Prior to working at civil engineering where he spent over 6 years, he has now made the leap within the chemistry department where he shares his dynamism. 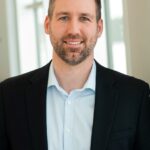 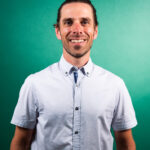