Professor Jean-Michel Lavoie has done his bachelor’s degree in chemistry at Laval University. He pursued with his studies in the field of wood sciences and forestry, still at Laval University where he obtained his master’s degree and his Ph.D under the supervision of Pr Tatjana Stevanovic, in the field of secondary metabolites. His Ph.D research brought him a few scientific publications, one patent and allowed him to gain some experience in writing funding request (INNOV). From 2005 to 2007, he started his professorial career at Montcon University at the Chemistry and Biochemistry department. In 2007, he went back to Quebec, at Sherbrooke University, to do a post doctorate degree in the field of biofuels, under the supervision of Pr Esteban Chornet. He was a post-doctoral student from 2007 to 2009, before joining the Chemical and Biotechnological Engineering Department and becoming director of the Industrial Research Chair on Cellulosic Ethanol. From 2010 to 2017 he climbed the professorial ladder and has been nominated full professor in 2017. He is the founder and director of the Biomass Technology Laboratory, and he and his team are completely dedicated to support the Quebecois and Canadian industry working in renewable field. His laboratory recently settled in a new and cutting edge technology building. This building is dedicated to research activities, on renewable field, on the campus of Sherbrooke University. Until now, he had collaborated with key actors of the renewable world in Quebec, such as GreenField Global, Hydro Quebec, L’Oreal, McInnis Cement, Resolve Energy Inc., Cellufuel, Boralex, Krown Corp, Cascades, Enerkem, CRB Innovations, etc. He leads a team of 30 – 50 students and professionals and has an annual operational budget around $3M. His team and him have the opportunity to publish around one article per month. He has been representing Canada at the ART-Fuel forum at the European Commission for more than two years. He is an associate editor of the “Frontiers in Chemical Engineering” journal and acts as a reviewer and committee member for different local financing organisms (CRSNG, FRQNT, MITACS, FCI) as well as foreign ones (USDA, ANR, Romanian Research Council, etc ). In 2019 he won the “Mérite Estrien” award for his commitment to the community, specially for supporting starting local companies in the domain of renewable energies. 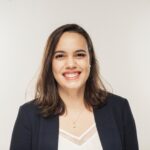 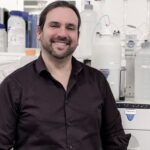